Charles is a teenager, age 16, who became determined to lose weight 14 months ago. At that point he weighed 285 pounds. Within ten months of starting, he had succeeded in losing 100 pounds! Three months later he had lost another 15 pounds to reach his goal weight of 170 pounds. (He is 6’0 tall.)

Charles did this with amazing tenacity and has completely changed his life around. Here is his hugely inspiring story;

Since the age of five, I loved chicken nuggets, fries, pizza and Chinese food. My love for fast foods and large portions were two of the most significant factors that impacted my weight drastically.

I didn’t want to listen to my parent’s concern for me to eat healthy foods. Almost everyday, I desired fried foods that were high in calories and fats. When going to restaurants, I would only order foods such as pepperoni pizza, fried chicken, mashed potatoes, and cheeseburgers without even glancing at the other options on the menu. I also led a sedentary life and played video games or on the computer. I was gaining huge amounts of weight per year.

In May 2011, I went to the doctor for my physical and my weight had peaked at its highest – 285 pounds! My doctor explained to me that if I didn’t do something about my weight, I would have an increased chance of developing heart disease and diabetes later in life, as well as a decreased life expectancy. My mother had diabetes and took insulin 4 times a day. My grandfather had died from atherosclerosis.

I ran out of breath while walking up the steps and during physical education, always came in last, which resulted in taunts from others. Also, I could never wear “cool” clothes for kids my age, and had to wear men’s XXL shirts and huge baggy pants. I was ashamed to be seen in public. In school, I was degraded and ridiculed with hurtful comments and jeers from students. This lowered my self-esteem immensely. I was extremely devastated and didn’t want to go to school or talk to anyone.

One day after getting up from bed, I couldn’t breathe. I felt as if I was going to die. I prayed to God to help me and it was then that I decided to make a serious effort to lose weight and become healthy.

My mom had a workout video called “Sweatin’ to the Oldies” by fitness guru Richard Simmons. It was basically dancing and exercising to great music. It was fun and made me feel good. I read on the internet about healthy eating and devised a menu for myself.

After checking with my physician, I began to eat well-balanced meals which consisted of more protein, less carbs/fats, and I also counted calories. I completely avoided white bread and sugar. Instead, I ate low cal/carb wheat bread and used Equal. I hated salads before, but now I loved it and dressed it up with fresh veggies and low cal dressing. Diet sodas were permanently replaced by bottles of water.

The first few months were not easy; I battled the temptation of food and just a short walk on the treadmill made me run out of breath. However, I remained focused on my goal and I worked harder each day.

I began running one mile with strain, and after 5 months and 50 lbs less, I was running 5 to 7 miles per day. I started doing muscle toning basics and athletic style cardio workouts using videos which had a definite boot camp attitude.

It has now become a habit for me to eat healthy and on a timely basis. I do not eat dinner beyond 7:00PM. If I get hungry at night, I have sugar-free, fat-free Jello or an Atkins bar. In addition to running, I love playing basketball, and doing strength and weight conditioning.

After thirteen months, at 170 lbs, I have lost a total of 115 lbs and maintained my weight.

I understand the plight of teens who suffer from obesity and the emotional and physical strain associated with it. I want to tell them to believe in themselves and do their weight loss regimen a little at a time. Also to never lose faith in themselves or let anyone bring them down by telling them that they can’t do it. Have faith, stay focused, it will take hard work and determination, but the rewards will be great. Thank you, Charles Haines 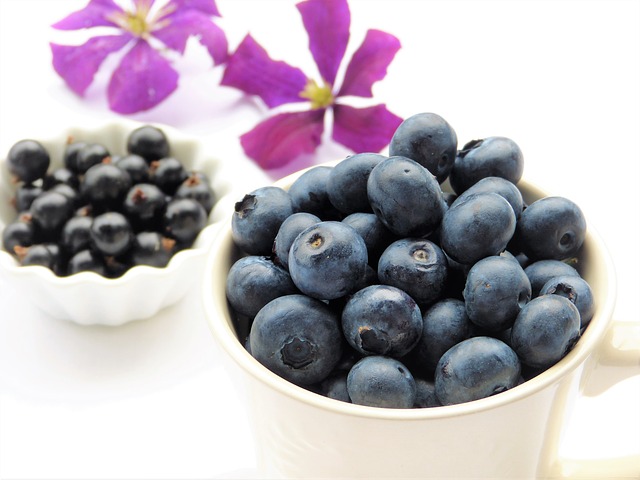 Eating right may seem very difficult and boring, but when you know what you are doing and make the right ...

I’ve been very happy with my weight for a few years now but there is something not quite right with ...

Are there any vegetables that burn belly fat? The importance of consuming fruit and vegetables daily for their health benefits ...